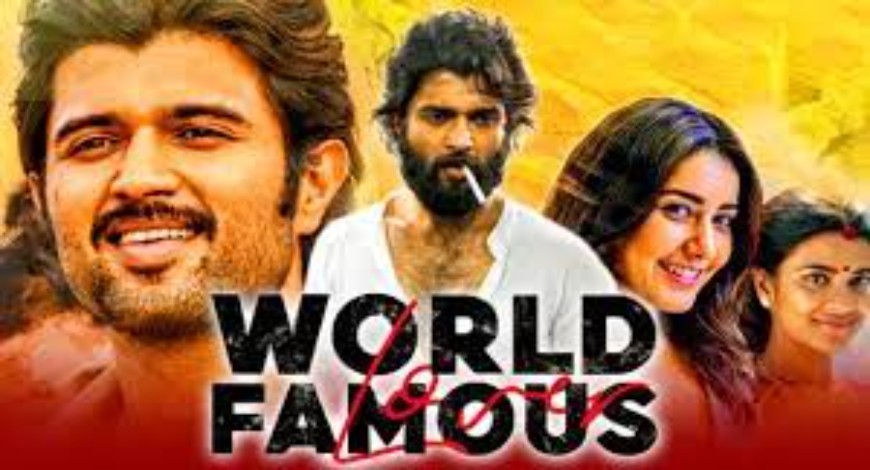 Alongside Deverakonda, the film also stars Raashi Khanna, Catherine Tresa, Izabelle Leite and Aishwarya Rajessh. It has been directed by K Kranthi Madhav.

In a media interaction in Hyderabad, Vijay Deverakonda spoke about the comparisons of his upcoming film with Arjun Reddy and said, “Even if I grow a beard for an action film or a science-fiction movie, people will still compare it to Arjun Reddy. It is unavoidable for me. Arjun Reddy is a kind of film that will be remembered for generations. So, I am not concerned about people comparing my new films with it😎😎. We can show the variations in love stories as well.”

Deverakonda added, “Geetha Govindam and Arjun Reddy are love stories that are very different from each other. In World Famous Lover (WFL), you will see three different love stories, and one of them shares a similarity with Arjun Reddy. But, overall, it has a unique format. I have never seen this kind of film before.”

When a struggling writer gets dumped by his girlfriend, he creates love stories where he ends up as the bigger guy who has sacrificed for love" or so he thinks. When the writing stops and reality hits home, no story in the world can fill the void left by the person he loves.

Every second, Million of stories unfold on this planet, each different from the other, says the lead character of World Famous Lover, right at the start of the film. This love story, however, seems to be doomed right from the outset and is ridden with angst, sorrow and frustration. If the story doesn't have a happy ending, director Kranthi Madhav introduces us to more fictional stories and tries to tie it all together to the main plot. But when the crux of the story is sullen, bitter and resentful, the film is often headed towards a disaster. World Famous Lover comes across as a caustic rant of a disgruntled writer who subjects the audience to two hours and 36 minutes of his tears and frustration.

As soon as the film begins, we are introduced to the story of Gautham  and Yamini, a young couple in a live-in relationship. But things are far😃😍😍 from Rosy. Yamini is suffocated in a loveless relationship. She goes to work, while Gautham, a struggling writer, lazes at home, sleeps in and watches cartoons on televison. Gautham is messy, unkempt and lacks focus while Yamini sobs her way through life, When Yamini decides to leave Gautham, he decides to start writing again to prove a point to her, and he introduces us to the world of Seenayya, Suvarna (Aishwarya Rajesh) and Smitha (Catherine Tresa). Gautham uses these fictional characters to feel better about himself and to convince Yamini to take him back, but when the bubble bursts, will he be able to save his relationship?

Perhaps the only saving grace of this film is Vijay Deverakonda\ outstanding execution of the Telangana dialect as the coal mine worker Seenayya. There's a gem of a scene when Seenayya shoots back at his dad when he asks him where he's off to on his bike. It's perhaps the only scene which makes you smile a bit and gives you a breather from the film's morose theme..