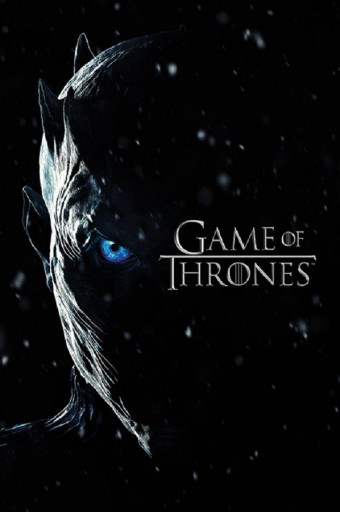 Nine noble families fight for control of the mythical land of Westeros. Political and sexual intrigue is pervasive. Robert Baratheon, King of Westeros, asks his old friend Eddard, Lord Stark, to serve as Hand of the King, or highest official. Secretly warned that the previous Hand was assassinated, Eddard accepts in order to investigate further. Meanwhile the Queen's family, the Lannisters, may be hatching a plot to take power. Across the sea, the last members of the previous and deposed ruling family, the Targaryens, are also scheming to regain the throne.

Tyrion arrives at King's Landing to take his father's place as Hand of the King. Stannis Baratheon plans to take the Iron Throne for his own. Robb tries to decide his next move in the war. The Night's Watch arrive at the house of Craster.

Arya makes friends with Gendry. Tyrion tries to take control of the Small Council. Theon arrives at his home, Pyke, in order to persuade his father into helping Robb with the war. Jon tries to investigate Craster's secret.

What Is Dead May Never Die

Tyrion tries to see who he can trust in the Small Council. Catelyn visits Renly to try and persuade him to join Robb in the war. Theon must decide if his loyalties lie with his own family or with Robb.

Lord Baelish arrives at Renly's camp just before he faces off against Stannis. Daenerys and her company are welcomed into the city of Qarth. Arya, Gendry, and Hot Pie find themselves imprisoned at Harrenhal.

The Ghost of Harrenhal

Tyrion investigates a secret weapon that King Joffrey plans to use against Stannis. Meanwhile, as a token for saving his life, Jaqen H'ghar offers to kill three people that Arya chooses.

The Old Gods and the New

Theon seizes control of Winterfell. Jon captures a wildling, named Ygritte. The people of King's Landing begin to turn against King Joffrey. Daenerys looks to buy ships to sail for the Seven Kingdoms.

A Man Without Honor

Bran and Rickon have escaped Winterfell. Theon tries to hunt them down. Daenerys' dragons have been stolen. Jon travels through the wilderness with Ygritte as his prisoner. Sansa has bled and is now ready to have Joffrey's children.

The Prince of Winterfell

Stannis is just days from King's Landing. Tyrion prepares for his arrival. Jon and Qhorin are taken prisoner by the wildlings. Catelyn is arrested for releasing Jaime. Arya, Gendry, and Hot Pie plan to escape from Harrenhal.

Stannis Baratheon's fleet and army arrive at King's Landing and the battle for the city begins. Cersei plans for her and her children's future.