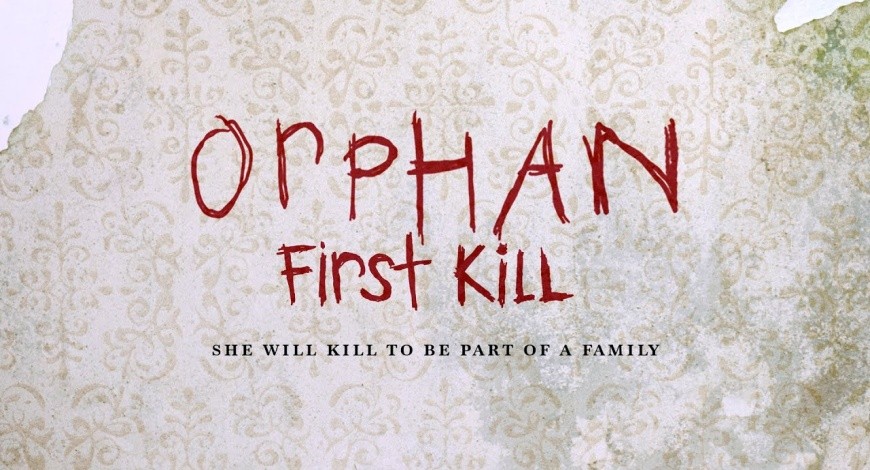 While the original chiller Orphan had a killer twist (we'll mention it in the next paragraph, but avoid reading on if you've not seen the 2009 movie), the prequel Orphan: First Kill obviously negates that, but does promise plenty of Isabelle Fuhrman's Esther stalking a family to make up for it.

2009's Orphan, of course, introduced the idea of "Esther" (real name: Leena Klammer, played by Fuhrman) who is a 33-year-old woman diagnosed with a hormonal disorder that lets her pose as a 9-year-old girl. She wreaks havoc when she's adopted by grieving parents played by Vera Farmiga and Peter Sarsgaard.

For First Kill, the clock is rolled back to earlier in Klammer's life, showing how she escapes from an Estonian psychiatric facility, travels to America by impersonating the missing daughter of a wealthy family.

Yet, an unexpected twist arises that pits her against a mother (Julia Stiles) who will protect her family from the murderous “child” at any cost.

William Brent Bell is the director here, with David Coggeshall on script duty. The filmmakers deployed all manner of make-up, CG, forced perspective and photo double tricks to have Fuhrman keep playing Klammer, and the trailer promises a lot of shocks to make up for the fact that we all know the truth (even if the characters don't).

“I love the challenge of being able to play a kid because that’s never historically been done in cinema,” Fuhrman said. “I was like looking all this up — because I love looking up old movie history and things like that — and I was like, ‘Oh, an adult has never reprised the role that they played as a child.'”

Fuhrman reached out to “First Kill” story writer David Leslie Johnson after watching a 2019 “Dr. Phil” episode in which a Ukrainian orphan is accused of lying about her age. Thus, “Orphan: First Kill” was born. Fuhrman originated the role of Leena/Esther when she was 12; now at 24, she found herself “thoroughly disturbed” turning back into a child onscreen.

“It doesn’t make any sense. I was like, ‘How do I revisit this part and then also convincingly play a kid?’ Because that was the easy part last time — the hard part was trying to be an adult! Now the hard part is I have to be a kid,” Fuhrman continued. “To reprise a role that you literally did as a kid as an adult has never been done before. It’s kind of impossible. And we did it. We didn’t use special effects, we didn’t use any crazy makeup tricks. And I think that’s what makes the movie work, is because you really can’t figure out how I look like a [nine-year-old], but I do. And it’s really creepy.”