'Black Adam': Everything We Know So Far About Release Date, Facts, And Everything 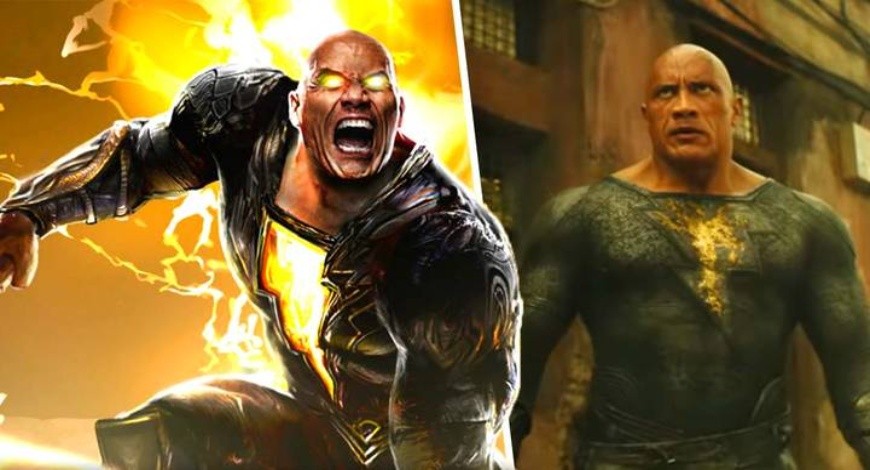 It’s been a long time coming but Dwayne “The Rock” Johnson’s highly anticipated DC Extended Universe debut is now on track to arrive in theaters. Black Adam, starring the wrestling legend and actor as the titular antihero, is a spinoff and sequel to the 2019 movie Shazam!. The movie has been in the works since the early 2000s and now we’re finally getting close to seeing it in theaters. Black Adam, a powerful being on par with Superman, is the original champion of the wizard Shazam. But unlike his heroic counterpart played by Zachary Levi, Adam’s sense of morality is often a bit more… let’s say flexible. Black Adam will tell the story of the character’s return to the mortal world after spending a long time in a magical prison. We can only guess what terrible vengeance he will have in store for the world.

Black Adam is directed by Jaume Collet-Serra, who also directed Johnson’s new Disney movie, Jungle Cruise. Adam Sztykiel, Rory Haines, and Sohrab Noshirvani wrote the film’s story. Besides Adam, the movie will also feature several beloved characters from the Justice Society of America, making it a must-watch for DC fans. To get you prepared for this exciting new DCEU film, we’ve put together everything we know about Black Adam so far, from the plot and casting details to updates on filming and release dates.

FILMING :Principal photography began on April 10, 2021, at Trilith Studios in Atlanta, Georgia,with Lawrence Sher serving as cinematographer. Filming was delayed from an initial July 2020 start due to the COVID-19 pandemic.Johnson said on June 20, 2021, that there were three weeks left of filming,.and on July 15 he announced that he had completed his scenes. Filming then continued without Johnson for several weeks, with the production moving to Los Angeles,and had wrapped by August 15.

FUTURE : In April 2017, Johnson said that he and DC intended for Black Adam and Shazam to appear in a future film together. Henry Cavill, who portrays Superman in the DCEU, said in April 2018 that there were plans for Johnson's Black Adam to face off against Superman in a future DCEU film after Black Adam and Shazam meet. Dany Garcia stated in May 2021 that Johnson and the other producers planned to make multiple Black Adam films during their "long-term relationship with DC", and Hiram Garcia reiterated in July that there was potential for Cavill and Johnson to appear in a future project together as Superman and Black Adam.That November, Hiram elaborated that they already had an outline for future films and spin-offs featuring Black Adam and the JSA that would be dependent on the first film being a success, and added that other characters beyond Shazam and Superman were being considered as potential future rivals for Black Adam such as Wonder Woman.