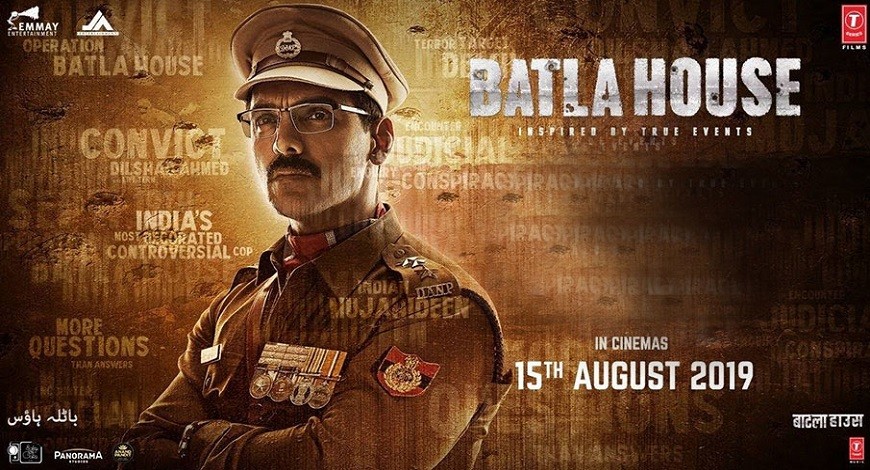 Delhi High Court has recently gave John Abraham starrer Batla House permission on its release on Independence Day subject to some changes. The order passed by a Single Judge Bench of Justice Vibhu Bakhru has stated some modifications and a disclaimer which the makers have agreed to.

The petition against the release of the film was filed by Ariz Khan and Shahzad Ahmed, who are facing trial in the Batla House encounter case. They sought to postpone the release until the trial against them is pending, saying it would affect their right to a free and fair trial.

According to the reports filmmakers will have to delete a bomb-making scene, and mute the word mujahideen in the confession scene and a scence showing the photograph of the Delhi Police Officer who led the Batla House encounter.

According to the order passed, the film will now carry a disclaimer in the beginning clarifying that the film is inspired by Delhi Police and other details of events available in the public domain. A scene depicting a confession of one of the accused will have to be deleted.

With the order being passed, John Abraham and the makers of Batla House, released a statement thanking the Delhi HC.

“The makers of Batla House are overwhelmed and grateful to the Delhi High Court and its esteemed officers for viewing the sundry petitions against our film, in favour of releasing the film as planned and unhindered on August 15, 2019, Independence Day,” read the statement.

“The makers have conceded to the minor changes ordered by the esteemed court and are working tirelessly to have these reflected immediately. The makers also confirm that they are glad to do so to ensure all sentiments and rights of under trials are not influenced or impacted in any way, as per best efforts.”